We’ve written several articles about the “tipping point” that some construction companies reach when they’ve outgrown QuickBooks and start to consider whether it’s time to implement software that’s built specifically for the construction industry.

In this customer spotlight on Fatboy Construction, we take a look at a real world example of a company that replaced QuickBooks with Sage 100 Contractor and has been running lean ever since.

Growing up the son of a building contractor, Mike Boyle, President of Fatboy Construction, has a lifetime of experience in the construction industry and knows a thing or two about estimating, bidding, and project tracking.

When the company was founded in 2001, he started out using QuickBooks to manage accounting and track cash blow. But years later, a rigorous audit by the state Department of Revenue led Boyle to realize that QuickBooks was no longer cut out for the job of a growing construction business.

He says, “I could not get the reports the auditors asked for, there were no audit trails to validate transactions, and it was nearly impossible to line up estimates with invoices.”

He says, “Many of the companies I spoke with overwhelmingly recommended Sage 100 Contractor.  It sounded like a good solution to my problem and I was particularly intrigued by the integrated estimating function.”

After implementing Sage 100 Contractor, Mike points out that he’s no longer concerned with losing change orders and leaving money on the table that they legitimately earned. Detailed cost reports, including the Job Status Report, Current Cost Summary, and Labor Journal, help Fatboy Construction accurately track expenses and ensure that costs are allocated to the correct projects.

He says, “Built-in audit trails and process controls in Sage 100 Contractor help me avoid making the same mistakes I made was using QuickBooks and external spreadsheets. I trust my numbers now and know precisely how each job is doing compared to the estimate.”

Commenting on why he thinks so many colleagues and competitors have gone out of business over the years, he says, “I think one big reason for their failures was an inability to accurately track job costs. They thought they were making money and didn’t realize they weren’t until it was too late to take action.”

He adds, “I feel that our investment in Sage 100 Contractor gives me an edge. I have the information I need to profitably manage my jobs and I can make corrections in real-time to ensure each job stays on course.”

Want more stories like this from fellow contractors? Click below and head over to our customers page for additional case studies and video testimonials.

See and hear what Mike Boyle has to say about running the business side of a construction company and the role that Sage 100 Contractor plays. 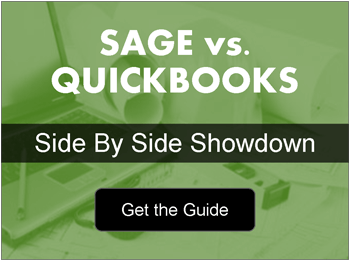